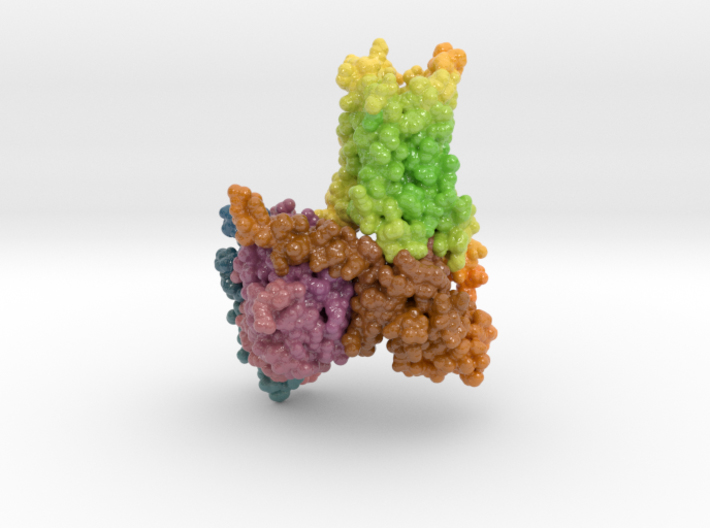 Serotonin receptors are a group of G protein-coupled receptor and ligand-gated ion channels found in the central and peripheral nervous systems. They mediate both excitatory and inhibitory neurotransmission through the release of many neurotransmitters and hormones. Serotonin receptors influence various biological and neurological processes such as aggression, anxiety, appetite, cognition, learning, memory, mood, nausea, sleep, and thermoregulation.

The biochemical reproducibility of the phenomenology defined in scientific literature as ‘Near-death experiences’ (NDEs) has been associated with psychedelic use. Yet a legacy of NDEs described in literature predate the chemical engineering of small molecules. This implies am endogenous molecules that functions competitively with signaling proteins, like the Serotonin Receptor, and produce similar psychedelic effects to NDEs. This type of unconscious experience have been difficult to describe scientifically because each remains a subjective transcendental experience. These experiences include the sensation of leaving one’s body and entering an alternative realm. At these locations, individuals perceive communication with sentient ‘entities.’ During this experience, themes related to cycles of death and creation play out as fractal patterns experienced visually through color and form. The neurologic mechanisms  that trigger this phenomenological experiences in the brain have remained hidden from objective scientific investigation. Recently, characterizations of N-Dimethyltryptamine (DMT) has been identified to induce potent serotonergic neurologic effects similar to those described by individuals following a NDE.

N-dimethyltryptamine is a naturally occurring hormone expressed by a variety of cells throughout the body, including various neurons in the brain. In a placebo-controled study aimed to test the similarities between the DMT state and NDEs, by administering DMT and placebo to 13 healthy participants, who then completed a validated and widely used measure of NDEs. Results revealed a significant increase in transcendental experiences associated with NDEs. This study also found a significant correlation between the NDE scores and DMT-induced ego-dissolution, a mystical-type experiences in which the participant ‘returns to source.’ Furthermore, the study found a significant overlap in the phenomenological features described by actual NDEs experiencers when compared to those of DMT-induced NDE experience.  These results strongly indicate that endogenous DMT significantly contributes to the transcendental experience associated with Near Death Experiences. [1]