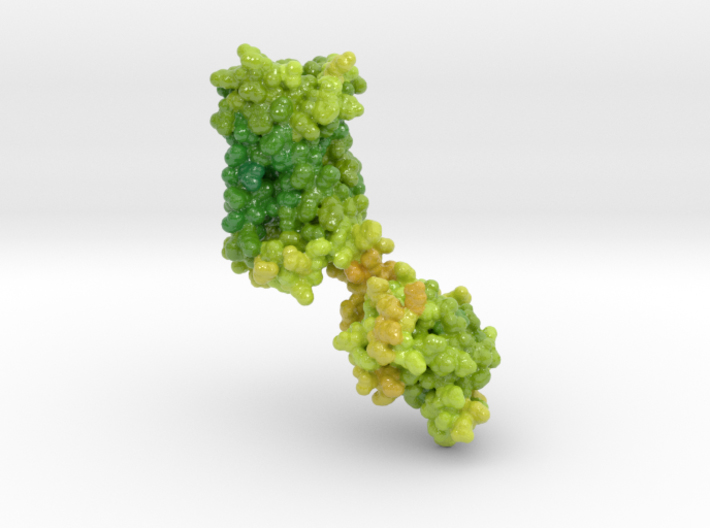 Cannabinoid receptors are part of the endocannabinoid system, which is involved in a variety of physiological processes including appetite, pain-sensation, mood, and memory. This 3D print of THC Cannabinoid Receptor Complex 5TGZ is designed to visualize THC (color by atom type) bound inside the receptor-binding pocket.

This 3D printed protein model of ​THC (Red) Cannabinoid Receptor (Shades of green) Complex. It is visualized as a volumetric surface and colored by the protein’s bFactor. Model created from PDB ID: 5XRA.