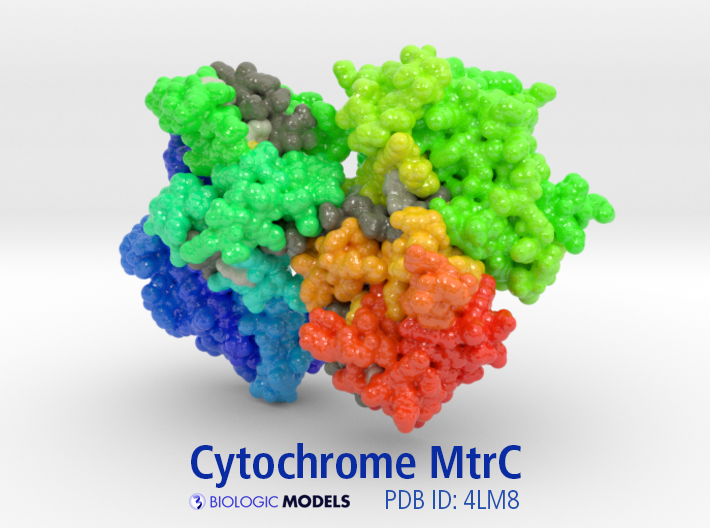 Extracellular microbe-mineral electron transfer is a major driving force for the oxidation of organic carbon in many subsurface environments. Extracellular multi-heme cytochromes of the Shewenella genus play a major role in this process but the mechanism of electron exchange at the interface between cytochrome and acceptor is widely debated. The 1.8 Å x-ray crystal structure of the decaheme MtrC revealed a highly conserved CX8C disulfide that, when substituted for AX8A, severely compromised the ability of S. oneidensis to grow under aerobic conditions. Reductive cleavage of the disulfide in the presence of flavin mononucleotide (FMN) resulted in the reversible formation of a stable flavocytochrome. Similar results were also observed with other decaheme cytochromes, OmcA, MtrF and UndA. The data suggest that these decaheme cytochromes can transition between highly reactive flavocytochromes or less reactive cytochromes, and that this transition is controlled by a redox active disulfide that responds to the presence of oxygen.