Finding the Origins of Life

Clips from the National Geographic Channel's TV show, Finding the Origins of Life. Follow along with as scientists discuss theories of the origin of life 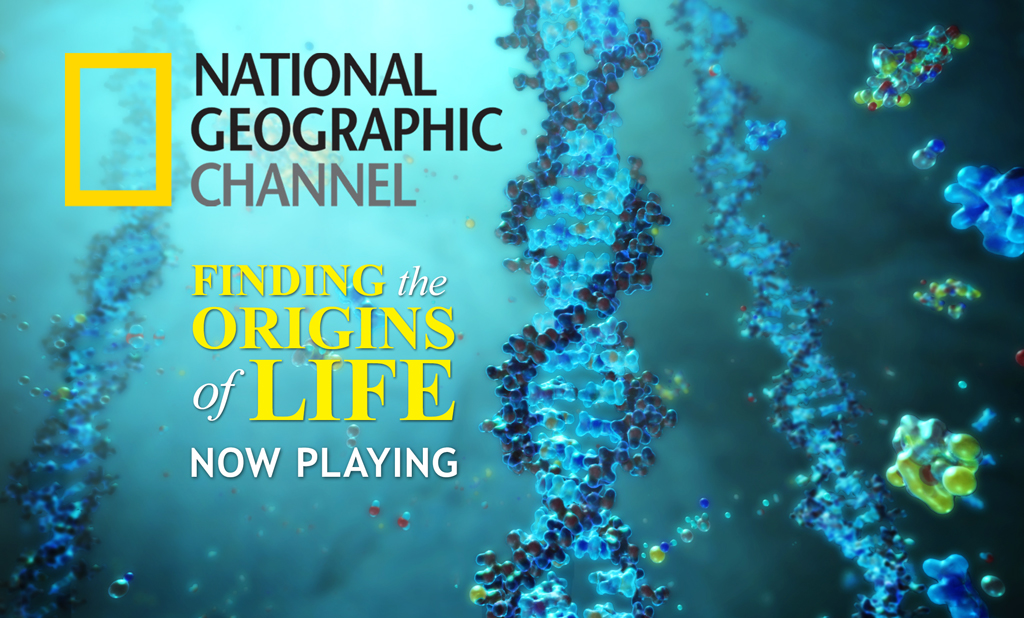 In 2008, Marabella Productions contracted out the 3D animation for a soon to be released National Geographic Channel television show, Finding the Origins of Life. Executive Producer, Mark Marabella, had a problem. The animation studio he had contracted couldn’t figure out how to animate DNA. Mark had 3 months left before he had to deliver a completed show and over 3 minutes of CG screen time empty. Enter Casey Steffen and the birth of his first 3D animation studio, Steffen Visual Effects. Read more at the IMDB page: LINK

Here you can see in these storyboards how we “blocked” out the nucleotide movement using simple geometric depictions. From these chunks, we pull back to see a larger structure forming and coiling as the first DNA strand is formed. “Help with DNA Replication Animation” was the subject of the email sent to us at the start of the project, so nailing this section was important right off the bat. After I shared these drawing with Mark, he asked if I wanted to bid on the entire 3 minutes of CG animation. Of coarse, I jumped.

Since the project had such a short turn around, I had to move immediately onto animatics and then move onto final renders. We didn’t even have time for a rough cut. Creating these animatics was the most fun part of the show. Softimage had just published a brand new simulation suite called ICE, a node based programmatic animation, and it was perfect at creating “soupy” atomic movements.

Normally, most medical animations follow the production schedule of Storyboards, Rough Cut, Final Cut, and lastly Gold Master. On this project, there just simply wasn’t the time. I had to quickly go from animation/render tests like this to Final 3D renders ready for the editor in just a couple of days time for each shot.

Here is a collection of the final shots produced for the show. It was a mix of both 3D animation and motion graphics with the help of a handful of freelance artists. We pulled things together on a wing and a prayer. Finding the Origins of Life put the wheels into motion for Steffen VFX and my pursuit of telling scientific stories about protein function. I hope you enjoyed reading this article and watching a few of my animations. Please feel free to reach out if you have any questions.

Is there a 3D animated scientific story you need to be produced? Contact us to discuss your project.